From Querqueville to the port of Le Becquet, via the Cité de la Mer, the Emmanuel Liais Park… Discover Cherbourg by following this discovery tour from East to West.

QUERQUEVILLE: Unique commune of the CUC with Tourlaville to have a fine sandy beach. It also houses a fort, the construction of which was decided in 1786 following the visit of King Louis XVI, to protect the Bay of Cherbourg. Direction Equeurdreville, for Le Grand Départ.

EQUEURDREVILLE: This seaside promenade is punctuated by the stories of the great liners, of the greatest European exodus, but also by dreams and imagination, by legends, luxury, and international destinations. 150 years of transatlantic epics, 2.5 kilometres by the sea with views of the western pass, first gateway to the harbour.

The City of the Sea: In the former Transatlantic Maritime Station, discover the human adventure in the great depths.

The Great harbour: Discover aboard the Adèle, the largest artificial harbour in the world (1500 hectares), its dikes, forts and also the surroundings of the former maritime station.

Emmanuel-Liais Park: Thanks to its mild climate, close to the Gulf Stream, Cherbourg-Octeville has the privilege of being able to cultivate so-called exotic plants in the open air and to offer botany lovers several beautiful gardens.

The public garden: Located at the foot of the Roule mountain, this landscaped garden has gradually been enriched with new species, remarkable trees and water features. The animal park and playground are a delight for children.

At the top of Roule Mountain: The Liberation Museum is housed in a former military fort of the Second Empire, at the top of Roule Mountain, from where you can enjoy a superb panoramic view of the city and its harbour. It retraces, through a chronological path, the different stages of the Second World War, from the exodus to the Liberation of Cherbourg.

Les batteries du Roule: Travel to the heart of the Roule mountain. Excursion in the form of underground hiking, discovery of the environment. You will discover some of the fortifications dug during the Second World War. Take the direction of Tourlaville.

The Manufacture du Véritable Cherbourg: The Manufacture reveals some secrets about the production of umbrellas. Guided tour on the site, privilege of visitors who discover in real time the manufacture of a real Cherbourg… it is obviously unique. Authentic and French product!

Ravalet Castle: This elegant blue schist castle was built in the Renaissance style by Jean de Ravalet in 1562. In the 19th century, René de Tocqueville, nephew of the famous Alexis of the same name, restored it and had the surrounding landscape park designed. Park and castle are now classified as Historic Monuments and the 17-hectare park is also designated as a Remarkable Garden. The Château des Ravalet was the scene of the incestuous love story of a brother and sister, Julien and Marguerite de Ravalet.

Collignon Beach: This beach is the ideal place for wind and sailing sports. A leisure area with a municipal swimming pool and the Maison du Littoral welcomes you all year round.

Port du Becquet: Located between two rocky points called Les Becquets, the port was built in 1783. In 1785, it was the main place where the stones were taken from the nearby Becquet quarries, which were to be used to build the great dike in the Cherbourg harbour.

The seaside is ideal for a walk along the GR.

Starting point of the itinerary from the Baltic to the Mediterranean via the Customs path GR 223:

Enjoy a discovery tour of Cherbourg and its surroundings!

Why come to Cherbourg-en-Cotentin, Normandy? To discover a city and all its charms starting with the Cité de la Mer, the Italian theatre, the Holy Trinity Basilica, the Ravalet Castle, the umbrella factory and its museum as well as its casino. Cotentin Tourism brings together professionals to help you prepare your holiday or business trip to Cherbourg and the surrounding area and to make it successful.

You surely know Cherbourg, Cotentin for its umbrella factory. This sight attracts many visitors every year. You can visit the factory and discover these made-in-Cherbourg umbrellas. The town has been making these legendary real Cherbourg umbrellas for twenty years. You can watch with your own eyes the making of these authentic umbrellas, watch a video tracing the history of the brand since 1986 and then walk up and down the alleys of the living museum discovering old umbrellas, parasols and other products from the factory down through time.

After a visit to the Cherbourg umbrella factory explore the depths of the sea at the Cité de la Mer and imagine yourself piloting extraordinary submarines, go round the aquariums and visit the biggest submarine in the world, the Redoutable.

After that you can go to the casino for a moment of relaxation. Located right in front of the fishing port, it has seventy fruit machines, a blackjack table and some English roulette tables, which are all waiting for you.

The Cotentin also means unique gastronomic restaurants proposing local produce around Cherbourg. When you have finished eating, there is nothing better than an after-dinner walk around the port or the beaches close by.

For you Cotentin Tourism has selected professional places like quality hotels, restaurants, camping sites and sights to help you prepare your visit to Cherbourg-en-Cotentin and the surrounding area. Let yourself be guided.

Discover quality professionals in Cherbourg-en-Cotentin and around for a unique stay in Normandy around nature, history and gastronomy. 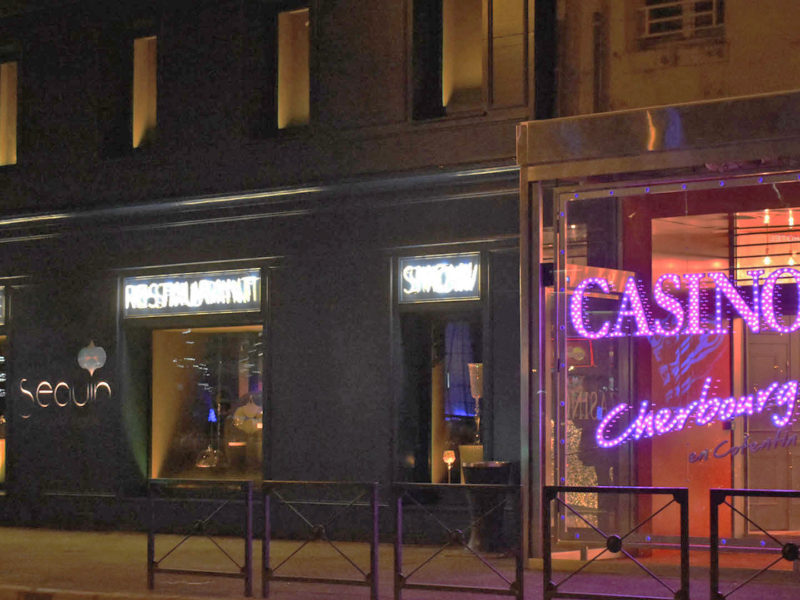 Cherbourg-en-Cotentin and around
Visits with friends 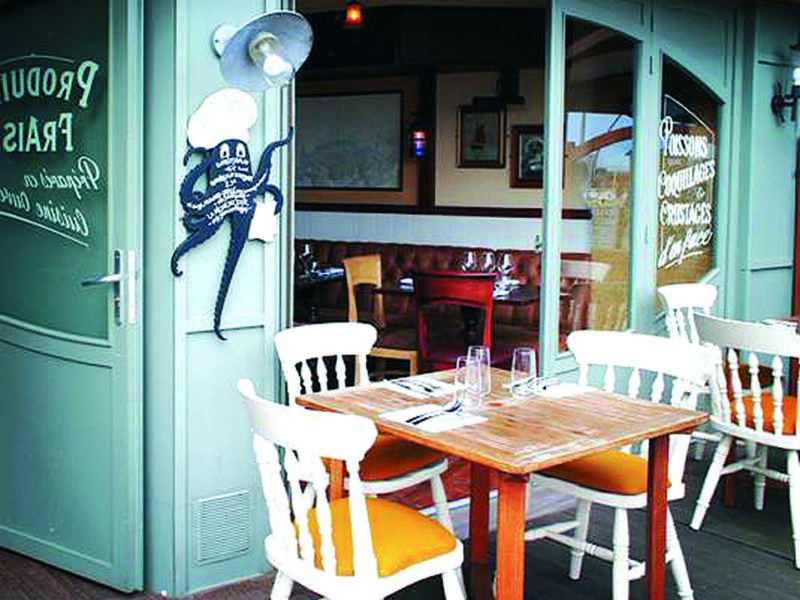 The Manufacture of Cherbourg’s umbrellas and its Museum